AJ Walker in an investigative reporter in West Palm Beach, Florida. Though she has been reporting for over a decade and obviously good at what she does, as she rose through the ranks to hold her current title of investigative reporter. She knows as a black woman, especially one in news, our cultural hairstyles are not always embraced in the workplace.

“There are many limitations placed on on-air personalities when it comes to our look.”  “Your station makes it clear that they are within their rights to have control over how long or short your hair is, and hair color, whether or not you can wear extensions, braids, or natural hair.” (Yahoo Style)

For many, it is just hair and they do not understand why the decision to wear protective styles such as braids and twists is a big decision when landing and keeping a job. Well, that is because of the perception of such hairstyles. They are still widely believed by many to be unprofessional, unclean, or “ghetto”. The same goes for hair in its natural state such as kinky afros. There are countless stories of women who have straightened or are torn over whether to straighten their hair in job interviews because they know, while not explicitly stated (while it is in some cases), hair texture and style plays a role in landing that job.

I have too tamed an afro hairstyle that wasn’t unkempt, but when I really needed a job, I modified my appearance as to not hurt my chances.  Even recently, I pulled my short locs back in a low bun for a corporate gig. This is because locs are still controversial in many corporate environments as indicated by this recent court ruling. This is the case for many black women.

Back to AJ Walker and how her news station perceived braids.

While extensions were typically deemed acceptable by the companies that she’s worked for prior, Walker shares that she was still restricted to keeping her hair straight. And although she was never outright told that she cannot wear braids, Walker says it was evident that her favorite hairstyle wasn’t deemed suitable. (Yahoo Style)

Her station eventually allowed her to wear braids, and she is thankful. She missed her braids, and that coupled with the loss of losing her mother and hair braiding being a skill she had passed down to her, she wanted a way to honor her memory. She hopes she can serve as inspiration.

“Not many people realize that African-American and other women feel and often are forced to wear hairstyles that the company or news station deems acceptable,” Walker shares. “The freedom to wear my hair in a style that is a part of my culture and a skill handed down to me from my mother gives me a stronger sense of self-esteem, self-worth and confidence as a person and as a woman. This is a hairstyle I chose for myself. It reflects who I am.” (Yahoo Style)

Braids, twists, cornrows and other braid styles are popular in the African American community for many reasons. Yes, french braids and fishtail braids are worn by other races, they are seldomly paired with negative connotation such as “ghetto” or “unprofessional.” Braiding was a practice passed down by African ancestors as a way of bonding and protective hairstyling. They were also a way of identifying your ranking in the tribe. Afro-textured hair is, for the most part, kinky in texture and prone to dryness as the zig-zag pattern on the hair does not allow the sebum to flow all the way down the hair shaft as it does in European hair. Because of this, the products used to moisturize the hair are heavier and more oily and it does not require washing as often. Therefore, protective styles such as braids, twists, and cornrows are popular. They protect the kinkier hair from the elements that would dry them out and make them brittle and hard to manage. Over time, they have become more creative with styling, colors, and textures.

While it is understandable if you do not want someone with blue or pink braids in your corporate office. The braids themselves should not be seen as unprofessional just because they are not the norm in your world. Hairstyle, especially braids, twists, etc. are no indication of work ethic, intelligence, or value one can add to a company. Here are some women who are wearing or have worn braids in conservative environments. They, along with women like AJ Walker, are helping to broaden the definition of what professional means in the workplace. 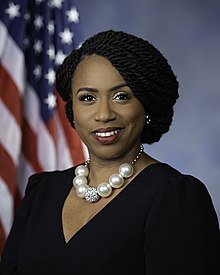 Read the rest of the article here.

3 thoughts on “Culture: News Anchor Tells Her Story About Wearing Braids for the First Time on the Air and Why That is a Big Deal for Black Women”